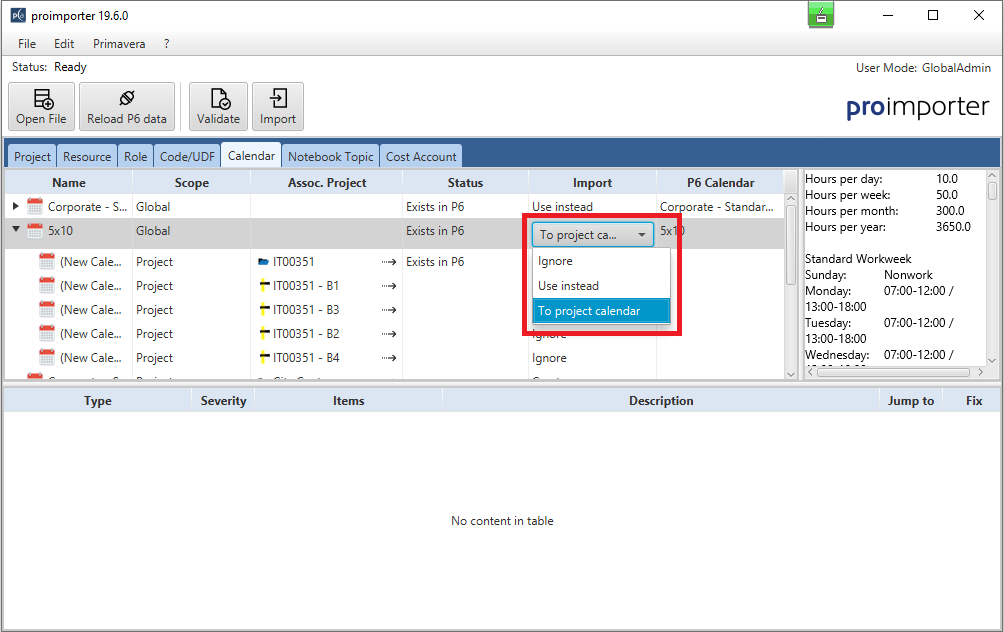 The corresponding element, for example, code value, role, or resource, is created in the existing hierarchy of the database. In this way, the hierarchy in the database remains clean and new objects can still be imported.